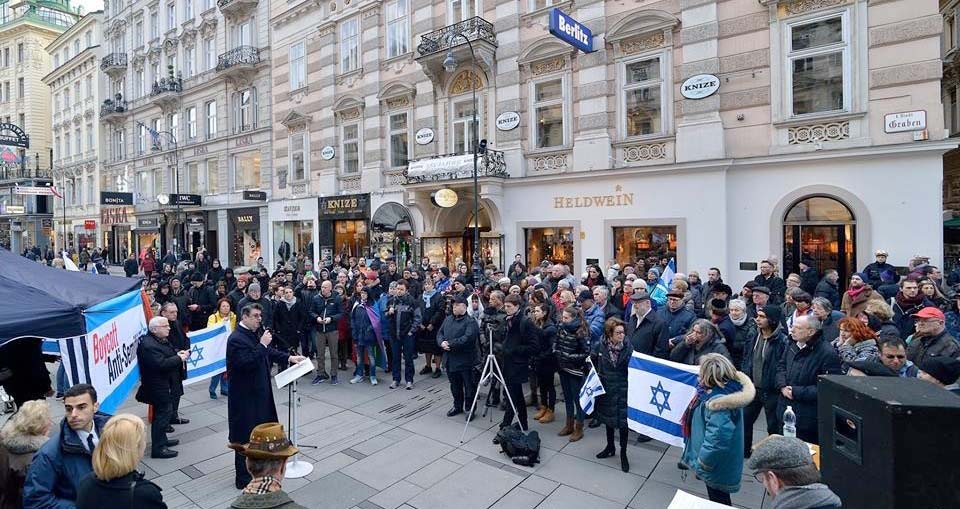 The results speak for themselves: When the work of a grassroots advocacy organization contributes to actions such as all political parties in Vienna’s City Council supporting its campaign against the Iranian regime’s “Quds-Day” that calls for Israel’s annihilation; when it plays a role in Vienna’s mayor publicly denouncing BDS; and when it is has sparked discussion, controversy, rethinking, and won reversals of Austrian government decisions, it’s time to take notice.

The Middle East Democracy Alliance (MEDEA) is an organization based in Vienna, Austria, that works to counterbalance anti-Israel and anti-Semitic propaganda in Europe and to counter Islamic extremism. Targum Shlishi recently supported three of MEDEA’s current programs by providing funds to enhance outreach and impact via public relations, social media, and particularly by working directly to advise political leaders, especially members of Austria’s Parliament.

“MEDEA is a relatively small organization that is doing big work. We have followed and helped support its work over a number of years and have seen the focus and determination pay off—MEDEA is shifting the public debate in Austria and much of Europe on critical issues like anti-Semitism, the threat of Iran, and Islamic extremism,” says Aryeh Rubin, director of Targum Shlishi. “MEDEA’s approach is effective because it is so strategic—it works directly with political leaders, media figures, and others to advance its issues, and it regularly advises politicians on these sensitive topics.”

STOP THE BOMB  is a campaign dedicated to countering the Iranian nuclear threat through creative use of media and grassroots activities, including broadcast and print media attention, social media campaigns, protests, and counter-demonstrations against the nuclear program of the Islamic Republic of Iran. This initiative launched in 2007 and is now active in several European countries. This highly political campaign stresses the dangers of the nuclear deal, highlights Iran’s anti-Semitism, and exposes European countries’ greed in courting Iran. Much of STOP THE BOMB’s activity has been within Austria, and the initiative’s criticism of the Austrian political establishment has not only generated significant media attention, but in many instances has exposed illicit business activities of Austrian and other European countries in Iran.

Boycott Anti-Semitism! #noBDS is a campaign aimed at building a broad coalition of political parties and student organizations against BDS. It began in Vienna in 2014 as a way to counter Israel Apartheid Week. The campaign has built a good deal of momentum—it brings together activists from Jewish, Christian, and Muslim organizations, student groups, and society at large, and it is publicly supported by Austrian members of Parliament and Vienna City Council members from across the political spectrum. The campaign has been quite successful, with achievements such as creating a multi-party coalition that works to help marginalize BDS in Austria. MEDEA reports that as a result of this work, “it has become almost impossible for BDS to find a public location anywhere in Vienna for their hateful propaganda.” 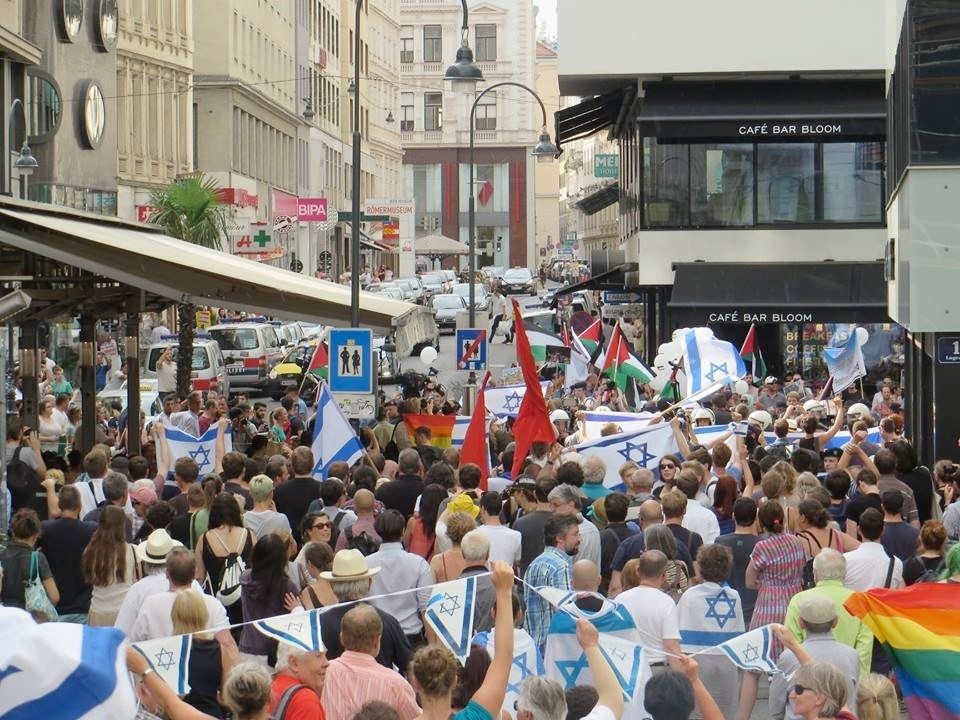 No Quds Day in Vienna! is an initiative that opposes the “holiday” called “Quds-Day” established by Ayatollah Khomeini to officially call for the annihilation of Israel. This campaign has been working steadily to build support through activities such as an annual lecture series and a demonstration. Major progress has been made since the campaign began in 2013—in 2015, all political parties in Vienna’s City Council declared the day to be anti-Semitic, “a shame for Vienna,” and some demanded its ban.

According to MEDEA, “We continue to shift the political consensus.” Among other 2017 achievements, MEDEA exposed a secret visit to Iran by Austria’s Finance Minister, Hansjorg Schelling, and the Governor of Austria’s National Bank, Ewald Nowotny—this exposure was a significant media success, covered by all major Austrian news outlets, who quoted MEDEA’s criticism of the visit. MEDEA’s rallies and lectures consistently attract a high turnout, gathering people representing a wide spectrum of political views.

MEDEA is a non-partisan, non-governmental outreach and advocacy organization based in Vienna, Austria that gathers scholars, politicians, activists and journalists dealing with the Middle East. MEDEA seeks to educate decision makers and the public on the current realities in the Middle East, the need to confront Islamist regimes and movements and the necessity to support democratic and liberal minded activists in the region. MEDEA works to promote freedom, democracy, universal human rights and the rule of law, and is committed to combat Islamism, authoritarianism, anti-Semitism and cultural relativism. For more information, visit its website.

Targum Shlishi, a Raquel and Aryeh Rubin Foundation, is dedicated to providing a range of creative solutions to problems facing Jewry today. Premised on the conviction that dynamic change and adaptation have historically been crucial to a vibrant and relevant Judaism and to the survival of its people, Targum Shlishi’s initiatives are designed to stimulate the development of new ideas and innovative strategies that will enable Jewish life, its culture, and its traditions to continue to flourish. For more information on the foundation, visit its website. Follow Aryeh Rubin, Targum Shlishi’s director, on Twitter.