Targum Shlishi provided support to Zev Eleff’s book Who Rules the Synagogue? Religious Authority and the Formation of American Judaism(Oxford University Press). An acclaimed scholarly work and a National Jewish Book Award finalist, Eleff’s monograph takes a fresh look at the formative period in American Judaism and explores how power and authority within the synagogue shaped the contours of American Jewish life. Jonathan Sarna described the book as the “most significant reinterpretations of nineteenth-century American Judaism in a generation.” David Ellenson called it “groundbreaking” and noted that it “establishes [Eleff] as a rising star on the academic firmament of American Jewish Studies.”

The following is an excerpt from the introduction of Who Rules the Synagogue by Zev Eleff.

In 1874, Isaac Mayer Wise took some time to record the pivotal changes within American Judaism that had transpired during his long career. The moment was suitable for a memoir. He stood at the height of his rabbinic power. In Cincinnati, he led a large and affluent congregation. His reformed prayer book had found its way into scores of synagogues. Furthermore, he had recently secured the resources necessary to establish the first long- lasting rabbinical seminary in the United States. Plans were underway to open the doors to Hebrew Union College, over which he would preside. Wise’s success on so many different fronts was a credit to his undaunted vision and indefatigable laboring. These were detectable qualities that the minister had brought with him from Bohemia to New York back in the 1840s. In those days, though, he had struggled to assert himself in the face of tenacious Jewish laypeople. His initial efforts were thwarted, to no one’s surprise, other than perhaps his own. 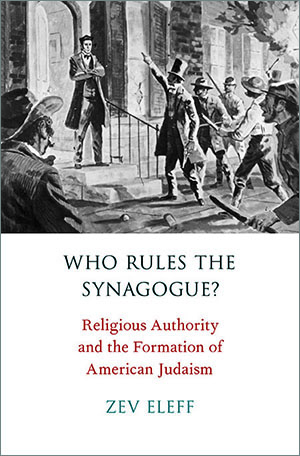 Those early failures still pained Wise many years later. In reference to the lay head of the typical American synagogue, Wise recalled the “Mighty Parnass,” sometimes described as the president of the congregation. The synagogue was the religious life force of the Jewish community. Its burial society, school, orphanage, and ladies’ benevolent organization were almost always tied to the local congregation. The president, back then, was an “autocrat” who “ruled the quick and the dead.” Wise insisted that it was hardly an exaggeration that the parnass “was the law and the revelation, the lord and the glory, the majesty and the spiritual guardian of the congregation. He suffered no rival; all were subject to him. This was an inheritance from the olden times, brought to these shores from the small European congregations.” No doubt, Wise’s memories were colored by his personal biases and a certain amount of deceptive retrospect. There were a number of reasons that the laity controlled the religious sphere until the final decades of the century. Likewise, there was much more to the turnaround and the emergence of rabbinic authority beyond Wise’s own extraordinary efforts in American Jewish life. Still, his reminiscences evidence a radical change within American Judaism during the nineteenth century: a transformation from a lay- dominated faith to one whose leading religious authorities were rabbis.

This book seeks to explore how this happened…The defining decade in this history is the 1860s. The crisis and bloody resolution of the American Civil War impacted all religious groups. American Catholicism, for instance, which had developed both lay (trustee) and clerical (bishops) traditions side by side during the first half of the nineteenth century, moved closer to its Roman authoritative roots in the Antebellum Period and then with more expediency after the Civil War. The conflict likewise impacted the course of religious authority of American Judaism in direct and indirect ways. To a degree, the rhetoric of the time proves this: one Jewish observer chastised a faction of religious reformers who sought control of a traditional New York synagogue by comparing them to Confederate soldiers and describing them as “Rebels.” In what I describe as “determinants of change,” forces set in motion by the Civil War changed the currents of ministerial power for the balance of the century. The American rabbinate’s estrangement from Europe encouraged it to take up its own cause with great zeal. In a sense, the widening gulf between the Jewries of Europe and America freed Jewish clergymen in the United States from the strong grip of the European rabbinate. All this was opened up by the Civil War. In addition, the war led Americans to look toward their elites as symbols of authority and “defenders of the faith.” The American rabbinate took advantage of this to emerge as more vocal spokesmen for their constituents and to gain unprecedented stature in their communities. Finally, the Civil War offered select members of the American Jewish community opportunities to amass great fortunes. Well-heeled Jews supported the construction of new synagogues that also provided the ministry with ample opportunity to play enlarged roles in religious affairs.

In the aftermath of this pivotal period, American rabbis encountered an unforeseen challenge: synagogue declension. As Jewish clergymen gained traction, the disenfranchised laypeople, particularly the younger ones, stopped frequenting the synagogues they had once controlled. In the final chapters of this book I return to the realms of “clericalism” and “textualism” to reexamine this phenomenon and suggest how this too became a part of the American rabbinate’s quest for religious authority. 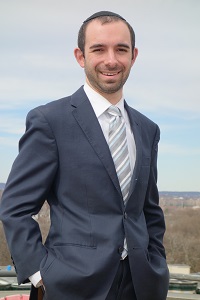