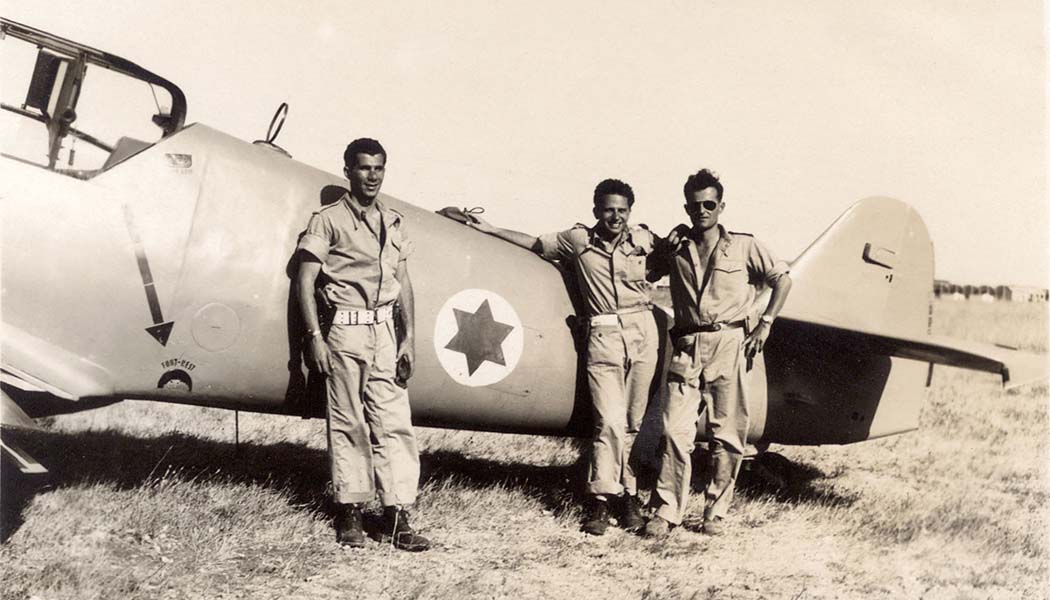 Watch a seven-minute sample reel for the award-winning documentary film Above and Beyond: The Birth of the Israeli Air Force, which focuses on the foreign pilots who fought in Israel’s War of Independence. Targum Shlishi awarded a grant to support this film, which includes an educational version optimized for the classroom. To learn more or to order the DVD, visit the website: aboveandbeyondthemovie.com

Several of the pilots who volunteered to fight for Israel are interviewed in this documentary, the first major feature-length documentary about the foreign airmen. What motivated these men to fight for Israel, often at great personal risk? The film concentrates on the Jewish American men who volunteered and the pivotal role they played in the war. Although they started out with only “four people and four junk airplanes,” the foreign airmen turned the tide of the war. The film was directed by Roberta Grossman and produced by Nancy Spielberg.  According to the filmmakers, “At a time when much of the world stood by, unwilling to help a fledgling nation under attack, a tiny band of airmen answered the call for help. They risked their citizenship, their futures and even their lives.

Image and Video Credits: Photo of pilots Lou Lenart, Gideon Lichtman, and Modi Alon. Photo and video courtesy of Above and Beyond, Playmount Productions