Newsweek recognized the critically important work being done by Nazi hunter and frequent Targum Shlishi collaborator Efraim Zuroff, who heads the Simon Wiesenthal Center’s Israel office. The magazine recently ran a cover story on Zuroff that focuses on the Holocaust awareness work he has been doing in Lithuania and on the country’s controversial response. 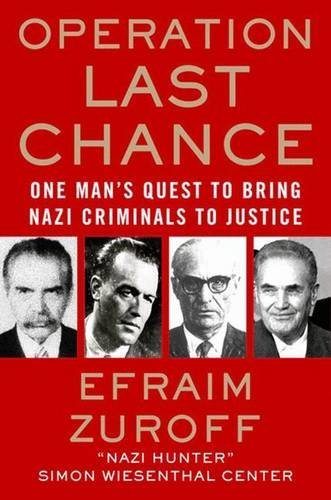 Targum Shlishi has partnered with or supported several projects led by Zuroff. Chief among these projects is Operation Last Chance, which gives financial rewards for information leading to the arrest or conviction of Nazi war criminals. The initiative, conceived by Targum Shlishi’s director, Aryeh Rubin, is active in several countries, has resulted in hundreds of tips and new information, and is also the subject of the book Operation Last Chance, authored by Zuroff. Additionally, Targum published a profile of Zuroff in the book Jewish Sages of Today: Profiles of Extraordinary People, edited by Aryeh Rubin and he is featured on the companion website as well.

To learn more about or help support Operation Last Chance, visit its website.

To read the full text of Newsweek’s cover story, “The Last Nazi Hunter” by Stav Zif, which is excerpted directly below, go here. 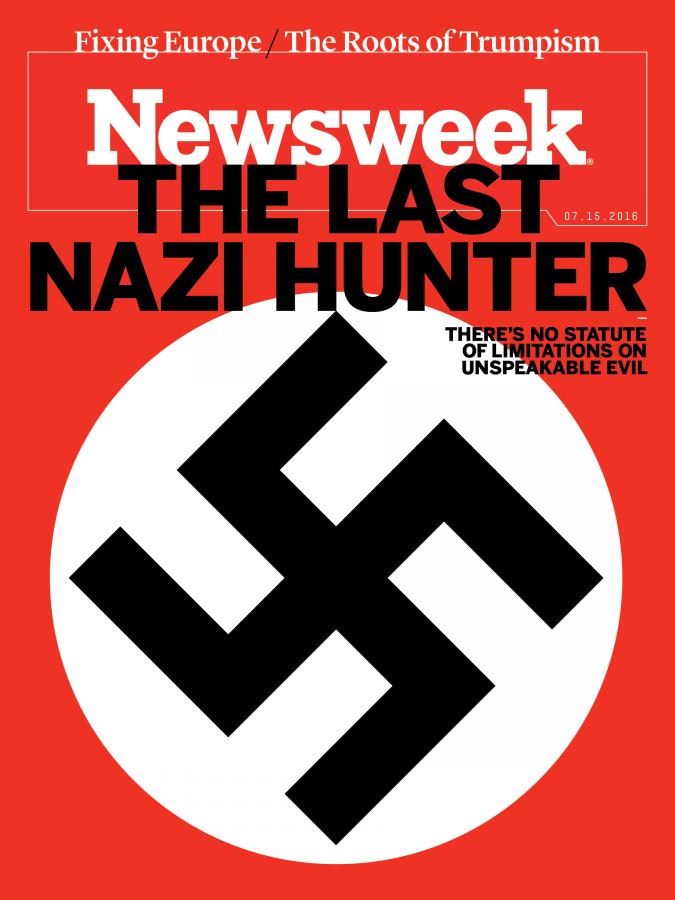 Zuroff, often called the last Nazi hunter, has spent nearly four decades chasing down suspects from Australia to Iceland, from Hungary to the United States. His methods are sometimes controversial, but his mission is righteous: bringing to justice every remaining perpetrator of one of the most heinous crimes in history. For Westerners, the tiny country of Lithuania might seem an odd place for him to dig in, but with most Nazis either dead or too frail to face trial, this Eastern European nation may be the Nazi hunter’s last stand. He considers Lithuania one of his most important fights because it hasn’t addressed its role in mass murder during the Holocaust—its citizens killed almost all of the 250,000 Jews who lived there in 1941. “Not a single Lithuanian sat one day in jail in independent Lithuania” for collaborating with the Nazis and participating in the Holocaust, Zuroff tells Newsweek.

“I realize how difficult it could be for Lithuania to admit its complicity,” he told [Ruta] Vanagaite in Our People [Our People: Journey with an Enemy, is a book the two co-authored that chronicles their road trip visiting some of the country’s 200-plus sites of mass murder during World War II]. “It took France 50 years to acknowledge its guilt. Germany had no choice. But for your sake and your children’s sake, the sooner you face this honestly, the sooner the healing process will start.”

“If it took France 50 years, it will take Lithuania 50 years as well,” said Vanagaite. 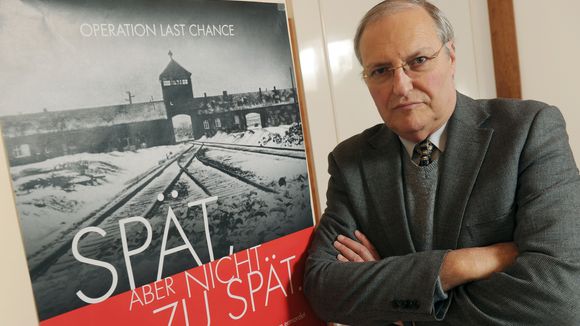 “No, it will take you 90 years,” replied Zuroff. “Because your crimes are greater, and your ability to deal with them is less. The French prepared the Jews to be sent somewhere, and they sent them away to be murdered. Here, the Jews were murdered by your people….

“You know why everyone in Lithuania hates me? Because they know that I am right.”