Eli G. Rochelson (1907–1984), a Holocaust survivor, asked his family members to write his story; decades later, they have done just that. Meri-Jane Rochelson, Professor Emerita of English at Florida International University, crafted this biography from sources including a long interview her father did in the 1970s with her brother, Burt Rochelson; their father’s papers; and extensive archival research and interviews. The book was published by Wayne State University Press in August 2018 and is available here. 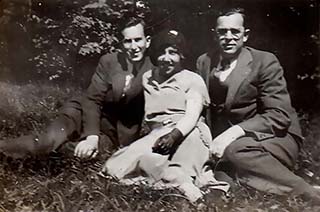 The narrative is chronological, beginning with Eli Rochelson’s early childhood in Kovno, Lithuania (at that time, the Russian Empire). It follows him through his medical education in Europe, his first marriage and the wife and son who perished in the Holocaust, his time in a concentration camp and then, after the war, his work in a displaced persons camp, his efforts to reestablish his medical credentials in the US, and his determination to start a new family. Targum Shlishi helped support Meri-Jane Rochelson’s research for the book. 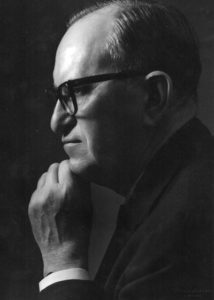 The following is an excerpt from the book.

Dad spent a lot of his time at home in the study, especially in the evenings. Whether he told me so explicitly or not, I same to understand that his habit of knurring, or reading at his desk, was at least in part a way to take his mind off thoughts of the past. The term knurring derives from a Yiddish word meaning to growl, snarl, or gnarl, but my father used it to imply, self-deprecatingly, a kind of overly intense occupation with study. But his children were always welcome to interrupt him. That evening, when I came in to talk, I found Dad going through some papers that he had taken from the credenza. Among them was a document from his early days in the United States, and it listed him as a widower; it may have been his Certificate of 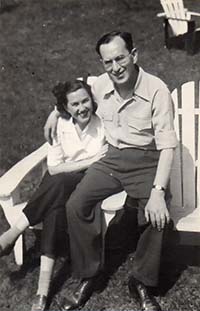 Identity in Lieu of Passport, which allowed him to sail to the United States. Now I see that the photograph affixed to the page shows the weariness in my father’s face as he prepared to leave Europe. But at that time I barely noticed the photo as I took in the unexpected words. “You were married before,” I said. He said, simply, “Yes.” I saw his wife’s maiden name: Serafima Meerowitz. I knew that Dad corresponded with a woman in Lithuania named Polya Meerovich. She always asked about me and sent me gifts, and I had thought of her for years as an old friend of my father’s. I learned that night that she was my father’s sister-in-law, the widow of his wife’s brother, and later I learned the story of how they had caught the train to Moscow when my father and his family had not, a story, I would learn, that my father saw as the turning point of his life. 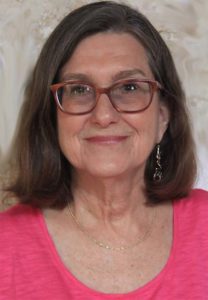 Meri-Jane Rochelson is the author of A Jew in the Public Arena: The Career of Israel Zangwill, among other works.