In much the way that Americans expressed sudden interest in Islam after 9/11, the post-Holocaust years witnessed newfound curiosity about Judaism among Americans. Rachel Gordan’s project explores how American Jews responded to this curiosity by creating portraits of themselves in a variety of media and, in so doing, fashioned a new American-Jewish religious identity. In conducting this research, Gordan will consult yearbooks, scrapbooks, sermons, journals, and other writings found in major American Jewish institutions.

The self-presentations created by Jewish leaders and organizations simultaneously sought to preserve a “Jewish heritage” and to teach Americans that Judaism was very much in harmony with American values. The transformation of Judaism into an “American religion” involved applying the grammar of religion, as defined by American Protestants, to Judaism; Jewish leaders, for instance, sometimes described their religion by using terms such as church, catechism, sin, salvation, taken from the vocabulary of Christianity. But the fit was never perfect. Jews had always understood Judaism as embracing nationalist and cultural, in addition to religious, dimensions, and most Jewish leaders did not attempt to mask these aspects of Judaism, even though they were ill-suited to the American mold of religion.

Gordon, a doctoral student in the Religion Department at Harvard University, holds a masters degree from the Yale Divinity School. She has been awarded numerous grants and fellowships from Harvard, as well a fellowship from the American Jewish Archive. 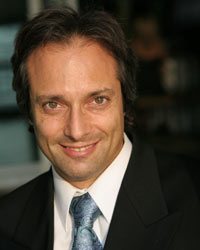 The role of the arts, and specifically music, in Jewish education is the central theme of Cantor David Moses Presler’s dissertation research. Presler’s project springs from a concern that the Jewish community is losing its heritage of Nusach Hat’fillah—the principles of cantorial improvisation. His proposed study will introduce a small part of Nusach training into the Jewish educational curriculum and will measure the results in terms of students’ musical skills and attitudes towards musical literacy and Nusach.

Presler believes that introducing Nusach into the curriculum may prove especially beneficial to at-risk children, for whom it can provide a unique connection to Judaism. He expects to make recommendations regarding the establishment of teacher training in the pedagogy of Nusach and musical literacy and will create a website which will serve as a world network for sharing Nusach.

Presler is a doctoral candidate at the Azrielli Graduate School at Yeshiva University. He earned bachelor’s and master’s degrees in Music Education from the Aaron Copland School of Music at Queens College. Presler trained with the leading authority on Nusach, Noah Schall. 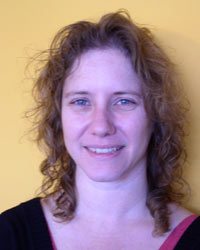 Adva Seltser’s research focuses on the experiences of Jewish youth in interwar Poland. These years witnessed the emergence of a generation gap between young members of Jewish families, who were subject to processes of Polonization through the educational system and who were intensely engaged in politics and ideological debate, and their parents, who grew up in very different social and political circumstances. Among Seltser’s major concerns will be to show how young people’s lives were shaped both by relationships among family members and by the turbulent cultural, economic, and political circumstances in the larger Polish society. Such factors as anti-Semitism, the rise of European fascism, and the onset of the Great Depression were particular sources of confusion and despair.

Key sources for Seltser’s research will be a collection of autobiographies of Jewish youth that were written for YIVO contests in 1932, 1934, and 1939. Most of these documents were written by young people from the “lower” social strata, and so constitute a very important source for learning about the experiences of families that for the most part did not leave any written testimonies. Newspapers from the period, guidebooks for parents, and pamphlets from schools and youth groups will supplement these autobiographical sources by providing a broader context for understanding them. 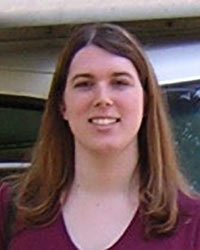 Many scholars of the past century have tried to correct the perception that medieval Christians and Jews lived in entirely separate worlds. Katelyn Mesler’s dissertation contributes to this understanding by exploring the evidence of a shared interest in magical beliefs and practices among Christians and Jews. Her research will address the question of how the anti-Semitic stereotype of Jewish sorcery developed in spite of—or perhaps even on account of—this shared interest in magic.

Important sources for Mesler’s project will be the manuscript collections of the Biblioteca Palatina in Parma and the Bibliotèque Nationale in Paris. The latter collection is particularly important for this project because it contains a strong assortment of Latin and Hebrew manuscripts originating in Provence, Languedoc, and the contiguous regions stretching along the Mediterranean coast into Spain and Italy—a culturally distinct region where magical literature of both traditions flourished from the twelfth century until the expulsion of the Jews from Provence in 1501. Mesler will seek evidence of borrowing between traditions in the magical texts, and of shared assumptions and practices among the Christian and Jewish elite. She will also attempt to identify sources for the myth of Jewish sorcery among these manuscripts.

<p”>This dissertation has developed out of themes of cultural interaction and religious persecution that have interested Mesler since her years as an undergraduate at Arizona State University, where she began to do research on minority groups during the Middle Ages. Since joining the doctoral program in Religion at Northwestern University in 2004, she has focused specifically on Jewish-Christian relations in the Middle Ages. 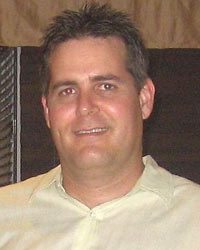 Yair Saguey’s research concerns the communities of Bnei Anusim that have emerged in northeast Brazil since the 1970s. These communities claim to be descendants of Crypto-Jews, who kept their Jewish religious practice secret in colonial Brazil for hundreds of years after the forced conversion of Portuguese Jews in 1497. Saguey proposes to examine the links between these contemporary communities and the Crypto-Jews and identify the historical circumstances that led to the re-emergence of Jewish identity.

After 1497, a great many forcibly converted Jews (“New Christians”) emigrated to Brazil, where large numbers continued to practice Judaism, even in the face of pressure from the Inquisition. The recorded history of the Brazilian Crypto-Jews ends in 1773, when the Portuguese crown ended all distinctions between old and New Christians and Inquisatorial persecution stopped. By conducting field work in northeast Brazil, Saguey will attempt to gather family histories that establish that Crypto-Judaism continued into the nineteenth and twentieth centuries, only to come into the open in recent decades. His hypothesis is that the emergence of these openly Jewish communities is a result of Brazil’s return to democracy in the 1980s and of the declining influence of the country’s Catholic Church.

Saguey, who was born in Israel, graduated from Tel Aviv University in 2002 with a bachelor’s degree in History and Interdisciplinary Studies. After studying at the Latin American Institute in Tel Aviv, he enrolled in the doctoral program in Atlantic History at Florida International University. 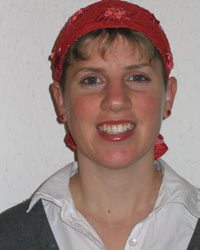 Michal Shaul’s dissertation explores Haredi (ultra-Orthodox) Holocaust survivors in Israel, their place in the formation and rehabilitation of the Haredi community after the Holocaust, and the shaping of this community’s Holocaust memory. The study examines the survivors’ personal and communal experiences, starting from the early years of immigration from Europe after the liberation from the Nazi occupation, up until the late 1960s. The project places special emphasis on the “personal memory” of survivors, as well as on their public roles, exploring how they dealt with the Holocaust memory, issues of personal commemoration, and conflict over questions of identity.

The personal testimonies of Holocaust survivors—recorded in memoirs, on video, and in dozens of interviews conducted by the author—are especially important sources for this project. These sources are supplemented by documents from a variety of archives. Shaul’s research will encompass the range of Haredi social groups, exploring the different worlds of men and women, pioneers and scholars, laborers and intellectuals, and others.

Shaul holds bachelor’s and master’s degrees from the Hebrew University, Jerusalem, as well as a teaching certificate from Kerem Institute for Jewish Humanistic Teacher Training in Jerusalem. She is currently enrolled as a doctoral student in the Department of Jewish History at Bar-Ilan University. She has forthcoming articles in the journals, Yad Vashem Studies and Dapim: Studies on the Shoah.